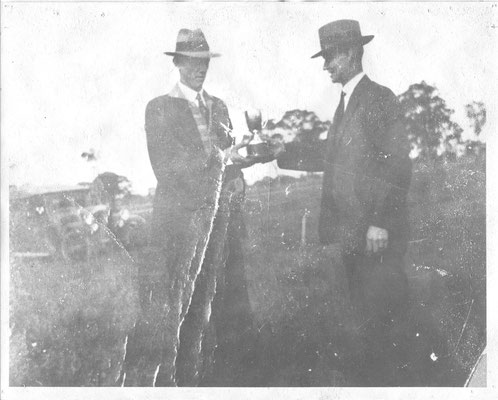 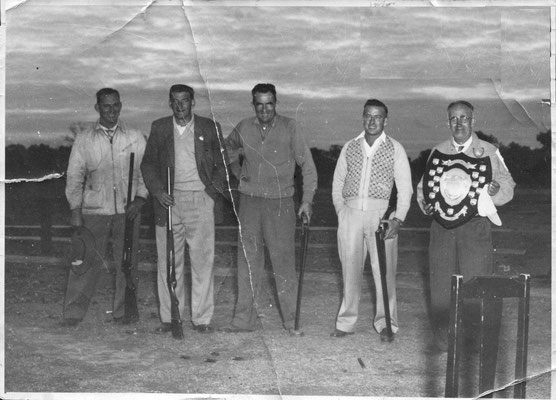 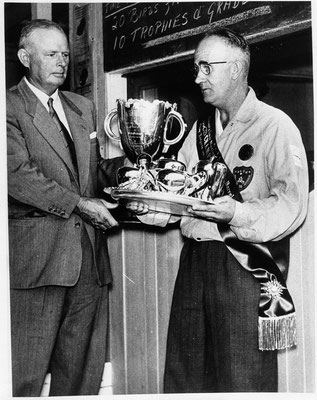 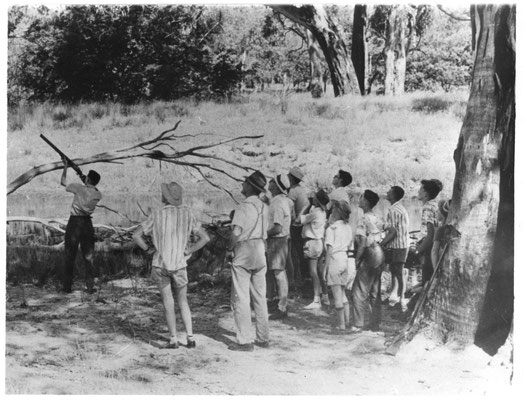 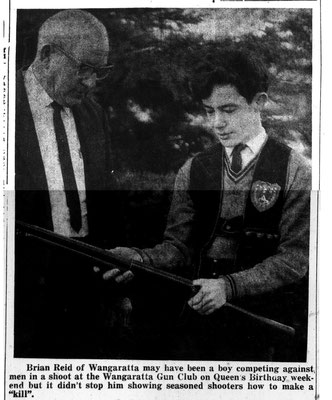 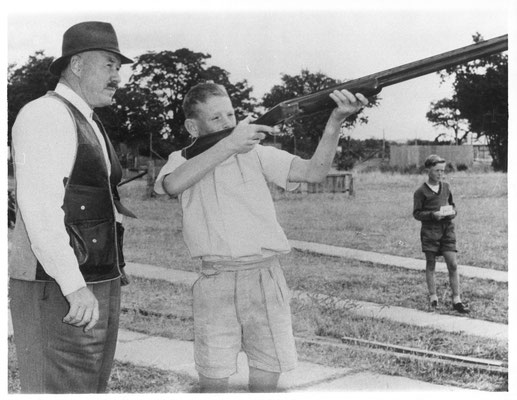 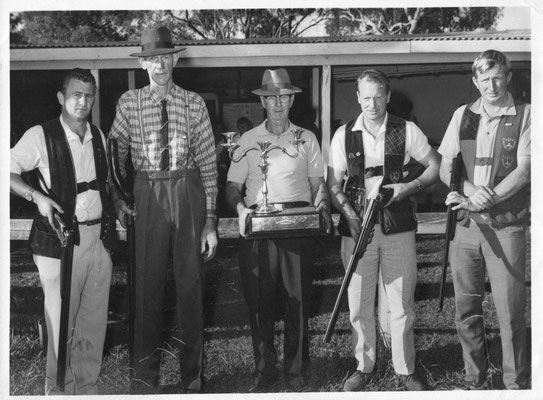 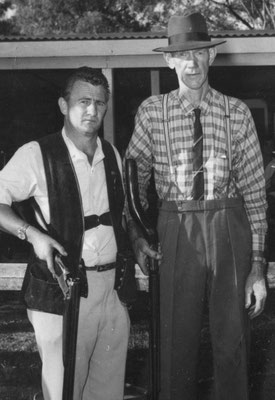 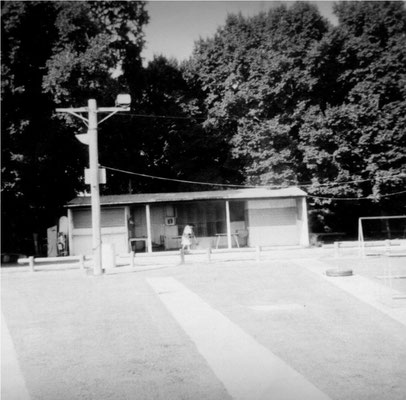 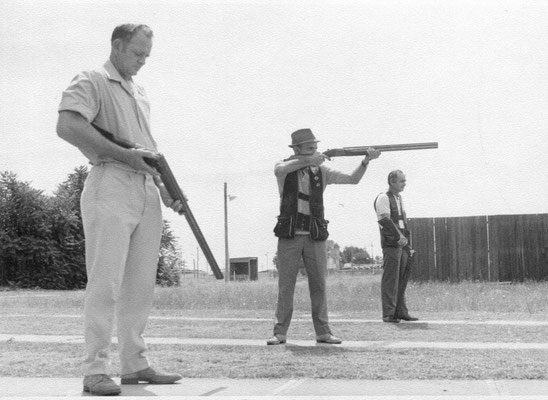 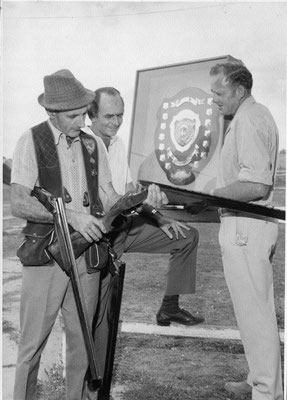 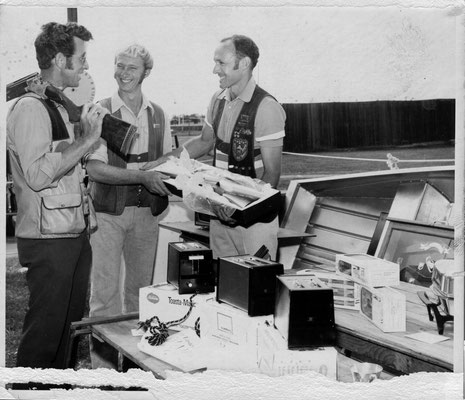 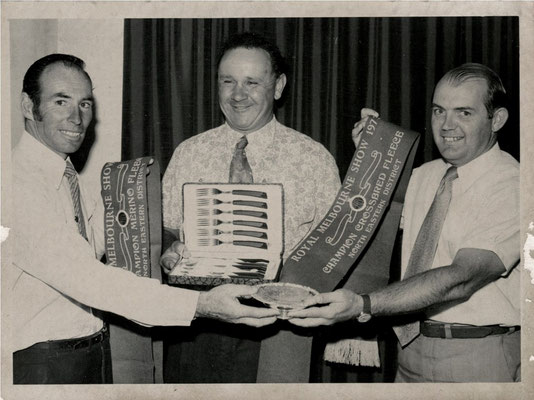 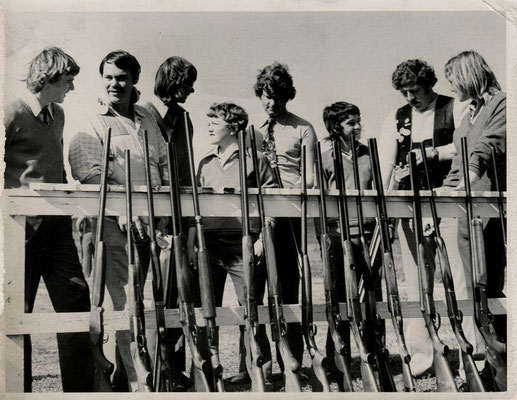 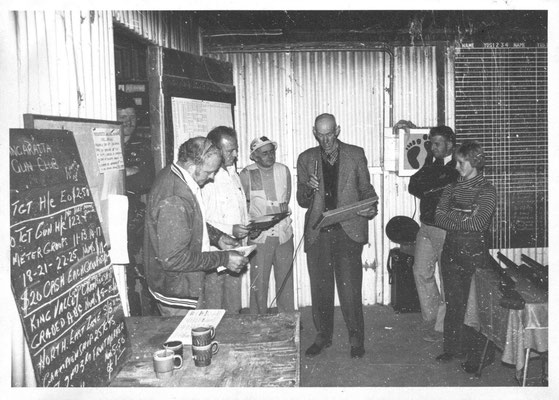 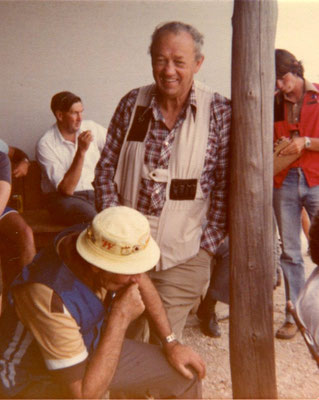 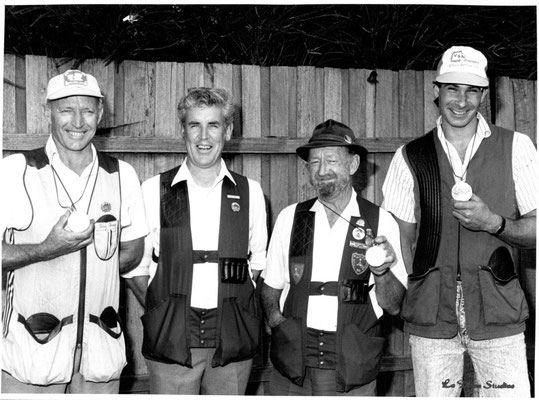 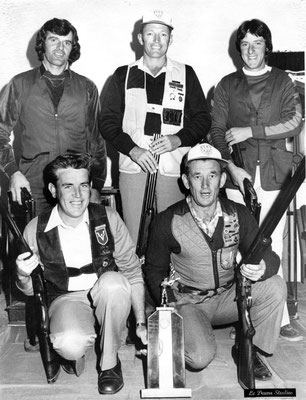 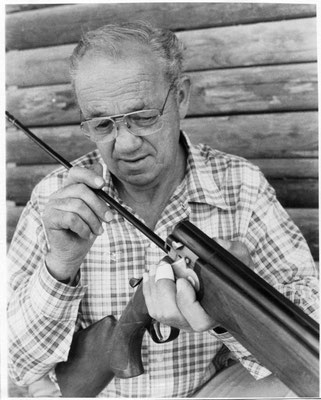 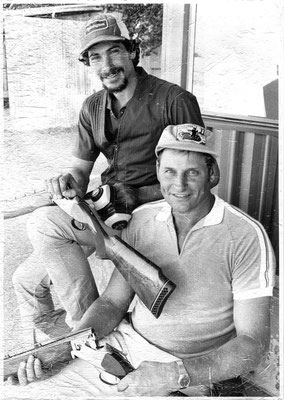 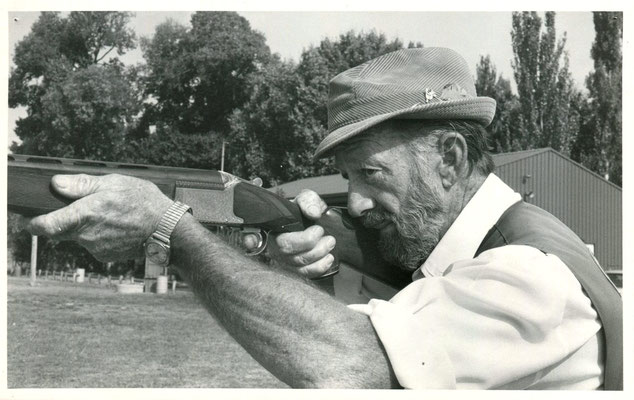 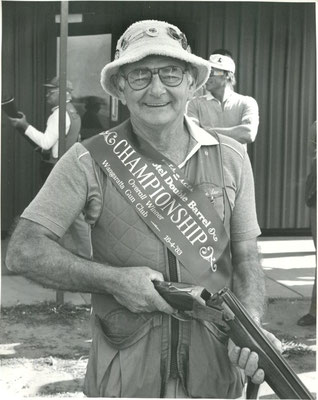 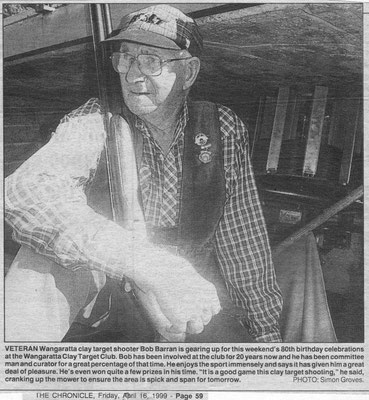 On the 9th of May 1919 a group of 10 shooters met at the Bulls Head Hotel Wangaratta (apologies were received from 15 others). This body of men formed the Wangaratta Gun Club, with Mr J.J. Teague elected as the first President. Membership fees was set at five shillings per annum. The first shoot was set to be conducted on the date proclaimed as the Public Holiday for the King's Birthday, the principal event being a major club handicap open to members only, with a prize of ten pounds. This was later rescheduled to 11th of June as the original date clashed with the Chiltern Races. Five hundred live birds were required for the shoot at a cost of threepence each. Nominations were 10 shillings double, 7 shillings and 6 pence single, and five shillings star. 10% of sweeps were kept for the benefit of the club.

Until 1929, the club shot live birds in the area that is now the HP Barr Reserve and the Wangaratta Rovers football oval.

During the early 1930s, the club relocated to its present site behind the Vine Hotel, with a membership of approximately 30-40. Attendances varied from 20-30 per shoot, with some shooters travelling from other districts by train to compete. The wit and comradeship of the hard case shooters together with the betting (yes, bookmakers attended the shoots) were some of the activities fondly remembered by our most senior members. Les Goodwin, who was top shot at the time and worked the live bird traps, can remember a bet of 160 pounds placed on the pull of a trigger.

The club shot intermittently throughout the war, depending on the availability of gunpowder which was required for the war effort. Permission had to be gained from the authorities to put gunpowder to other uses, such as splitting posts, but it is believed that on many occasions it ended up in shells used at the club.

After the war, attendances increased, with as many as 80 shooters. Some of the top shooters competing at Wangaratta in the late 1940s and early 1950s were Gordon Twamley, Paddy Holmes, Ed Tippet, Claude Fell, Les Goodwin, Roy Grossman, Barney Meadway, Charlie Pressley and notable George Walker, who won the Commonwealth mixed bird championship - 8 sparrows, 8 starlings and 9 pigeons at Tottenham in 1949. In 1950, he also won the Victorian Galah Championship in Bendigo and two weeks later won the Loddon Valley mixed big bird championship at Myer Flat without using a second barrel. Other shooters attending this shoot could not recall a championship being won using only the first barrel. It is reputed George also broke the bookies that day. George Walker had the first under and over gun in the area. It was a Marlin bought in 1939 for 22 Pounds. His first Browning automatic was purchased in 1926 for 10 Pounds, which was a lot of money back then.

During the 1950s, the club had some of the country's top shooters compete at their events: Cub member Roy Grossman, who was named in the Victorian State team in 1954; another member Claude Dean won the Australian National Clay Target Single Barrel Championship in 1958 with a score of 97 (this was an Australian record which stood for a number of years); Alex Jamieson from Corowa was a regular visitor from the early 1930s, but in the mid 50s he shot off the 26 yard mark. At that time, only ten shooters in the Commonwealth were shooting of this yardage.

In 1953, the lights for the night shooting were declared connected by the Honourable Keith Bradbury, and were switched on by Mrs J.E. Walker, wife of then President George Walker.

During the 1960s and early 1970s, many improvements were made to the club, when a group of dedicated members donated materials and countless hours erecting fences, concreting tracks, installing lights in the trap houses, planting trees and building the access road. The club gained a reputation as one of the best country clubs and shoot attendances increased to an all time high, with over 100 at some shoots.

In 1967 one of the club's best shots, Vic Bussell, competed in a memorable club shoot at Euroa in which he shot 349 in a Double Barrell Championship to run second to Alf James. The shoot off took three and a half hours, and special medallions were struck to honour their efforts. 1966 saw the commencement of a regular junior competition, and the club successfully hosted a number of Winchester and IMI School Boy Carnivals during the 1970s.

The club has been a strong supporter of skeet shooting and hosted the first Victorian State Carnival in 1977. In 1978 Bill Attwood and Kevin Law donated an impressive silver cup with the aim of promoting skeet shooting, this saw the fruition of the Attwood-Law Skeet Cup. This is regarded as one of the most prestigious skeet trophies being offered in Victoria and New South Wales.

In 1980, the club moved into the new club house, with a fully equipped kitchen which was much to the delight of the Ladies Auxiliary members. Mesdames Law, Maurey, Stamp, Suter and Williams put up with appalling conditions for many years while serving afternoon tea and supper in the "old tin shed".

In 1986 a grant was secured from the Wangaratta Shire Council, so the club was able to purchase the land which it had been renting for over 50 years, thus insuring a future for clay target shooting at North Wangaratta. 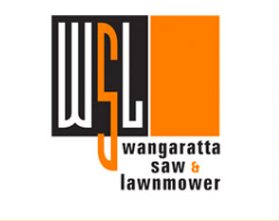 Click on Calendar of Events tab above for more details about our upcoming shoots.

EFTPOS is now available for the payment of nomination fees at competitions. Practice days & the canteen will remain cash only.

You can do it, too! Sign up for free now at https://www.jimdo.com